Warning: Use of undefined constant FORMA - assumed 'FORMA' (this will throw an Error in a future version of PHP) in /wp-content/themes/zlota-blog/inc/widgets.php on line 7

Warning: Use of undefined constant FORMA - assumed 'FORMA' (this will throw an Error in a future version of PHP) in /wp-content/themes/zlota-blog/inc/widgets.php on line 16

Warning: count(): Parameter must be an array or an object that implements Countable in /wp-content/plugins/nextgen-gallery/products/photocrati_nextgen/modules/fs/package.module.fs.php on line 263
 Złota 44 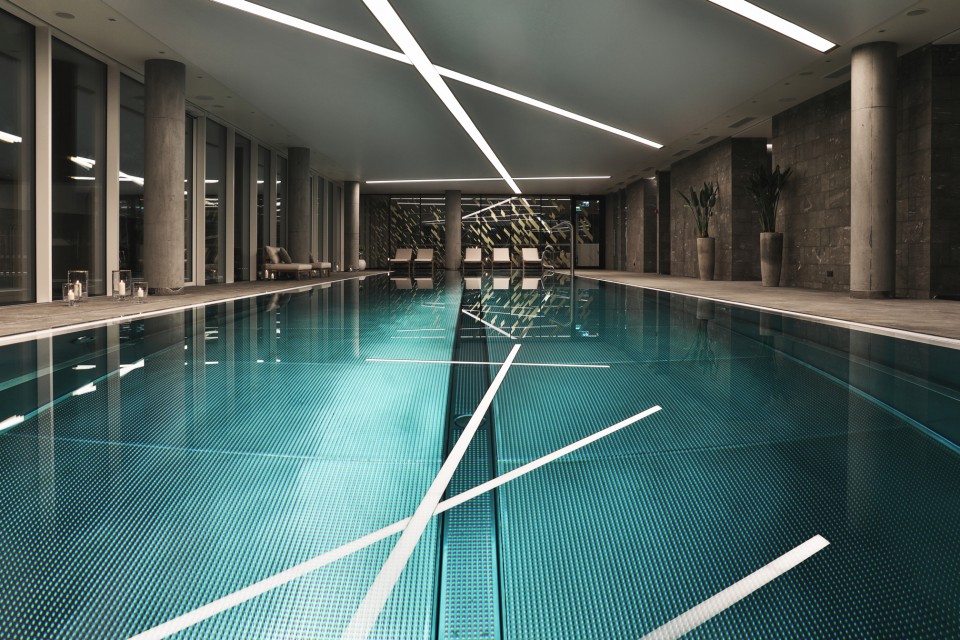 Presentation of the eight floor at ZŁOTA 44 was a remarkable and much-awaited event. After the long countdown and hard work, both by designers and contractors, the recreational zone has finally been unveiled, winning applause from the invited guests. However, on the evening of 26 October, it was not only the eight floor that mattered. Presentation of the relaxation zone was accompanied by an unusual, low-key charity initiative organised for the Omenaa Mensah foundation. Thanks to the funds raised, a new school will be built in Ghana already next year! 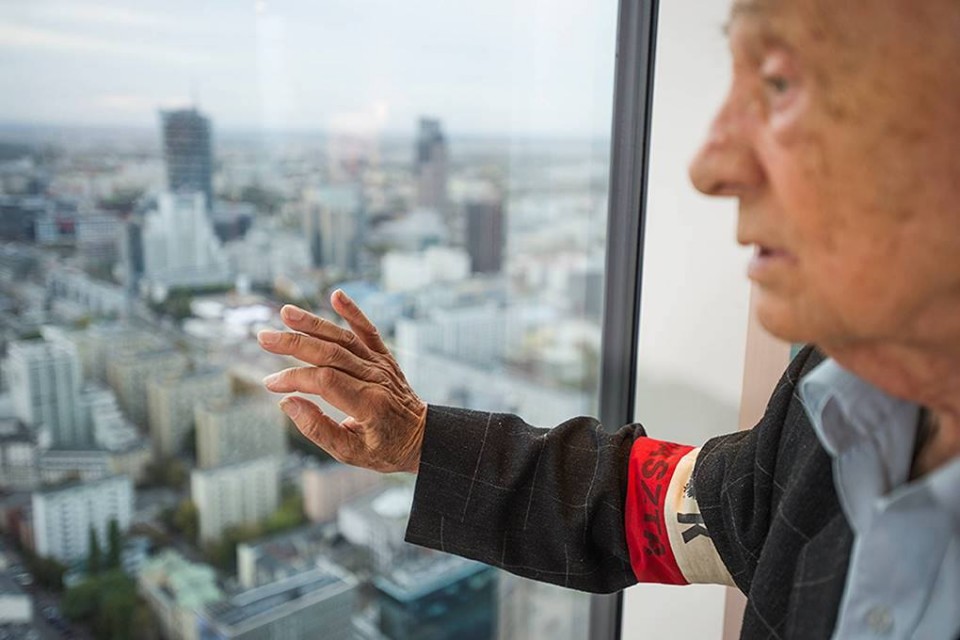 “Youth. There is nothing more beautiful than youth” – wrote Witold Gombrowicz in Ivona, Princess of Burgundia. But what if youth coincides with wartime? Then it gives the strength to fight.

Recently an extraordinary man visited ZŁOTA 44: Mr Eugeniusz Tyrajski, nicknamed “Sęk” or “Genek”, a soldier of the Polish Underground State, member of the “Grey Ranks” and the Home Army, participant of the Warsaw Uprising, a native of Warsaw. He was 13 when the Second World War broke out. 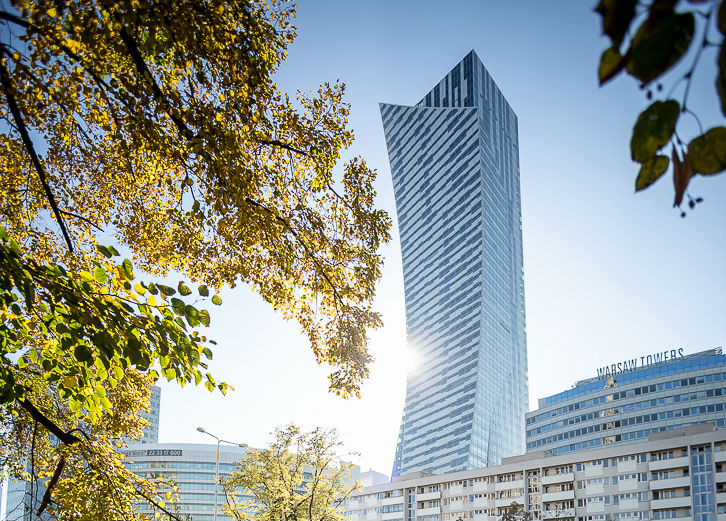 Skyscrapers kindle people’s imagination and help them climb to the sky, wake up 100 above the ground and marvel at distant horizons while having a lovely cup of coffee in the morning. Even though the biblical Babel tower was supposed to prove the point that going up is against all laws, human curiosity was a trigger that caused beautiful, towering structures to be erected, which rather than creating a concrete jungle effectively contribute to implementation of environmentally friendly solutions at the hearts of megacities. ZŁOTA 44 stands among those many skyscrapers that employ green technologies and remain close to nature. 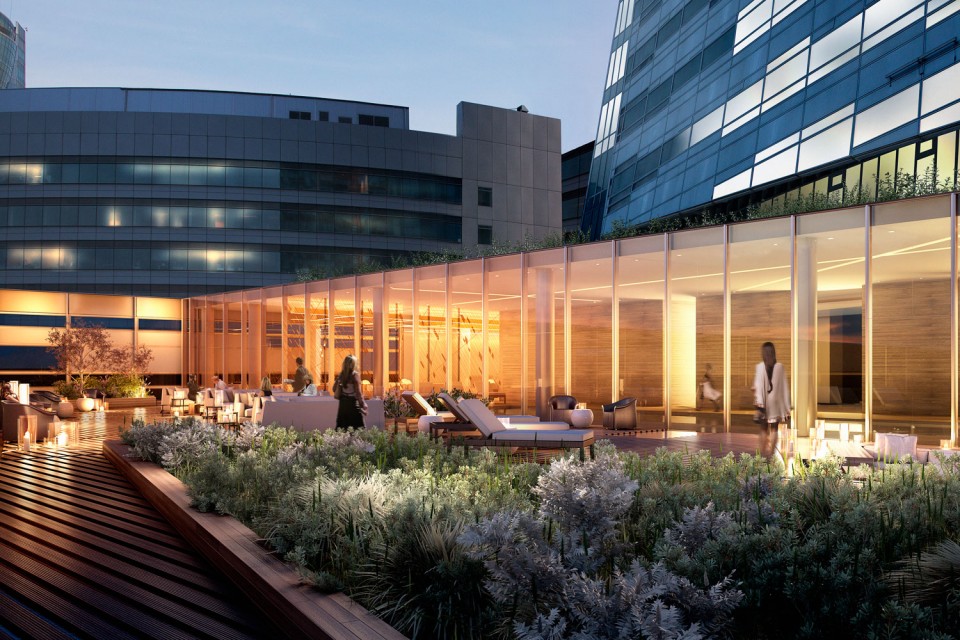 One of the main determinants of luxury, which makes apartment buildings belong to the premium class, is the availability of a comprehensively equipped recreational zone. In this case, recreation is understood in its broad sense to mean amenities for leisure and facilities that help residents pursue their passions or just make the daily life easier for them. ZŁOTA 44 embodies this idea as its standards come up to all the requirements to earn it a position among the world’s few buildings of the “super luxury” class. 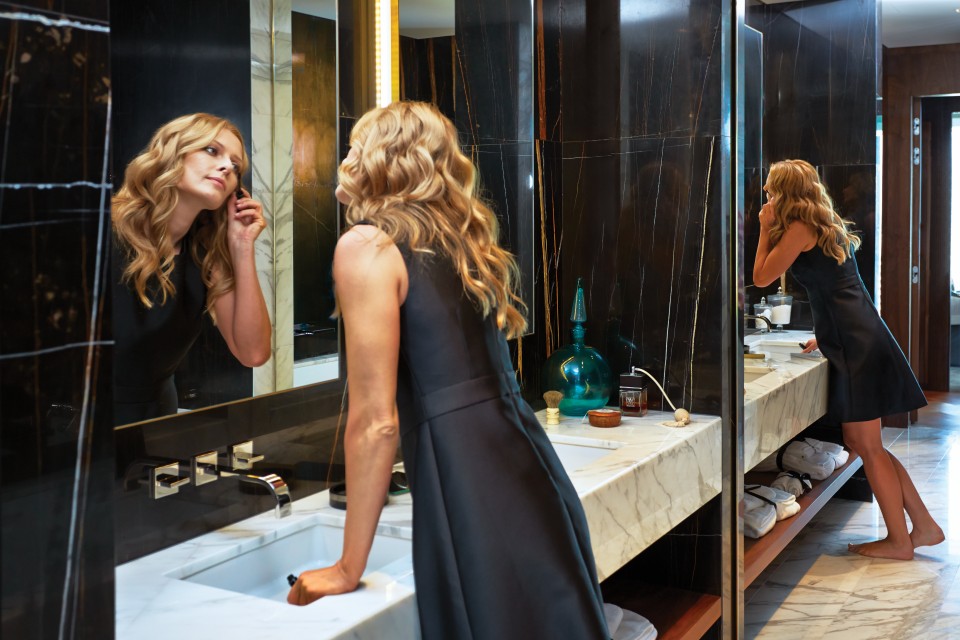 Marble is among the noblest building materials there are. When used in interiors, it imparts a feeling of sublime elegance and refined classic to the space. This material, which has been used since ancient times, could not be left out at ZŁOTA 44, a place where the sense of good taste is inherent in each detail. 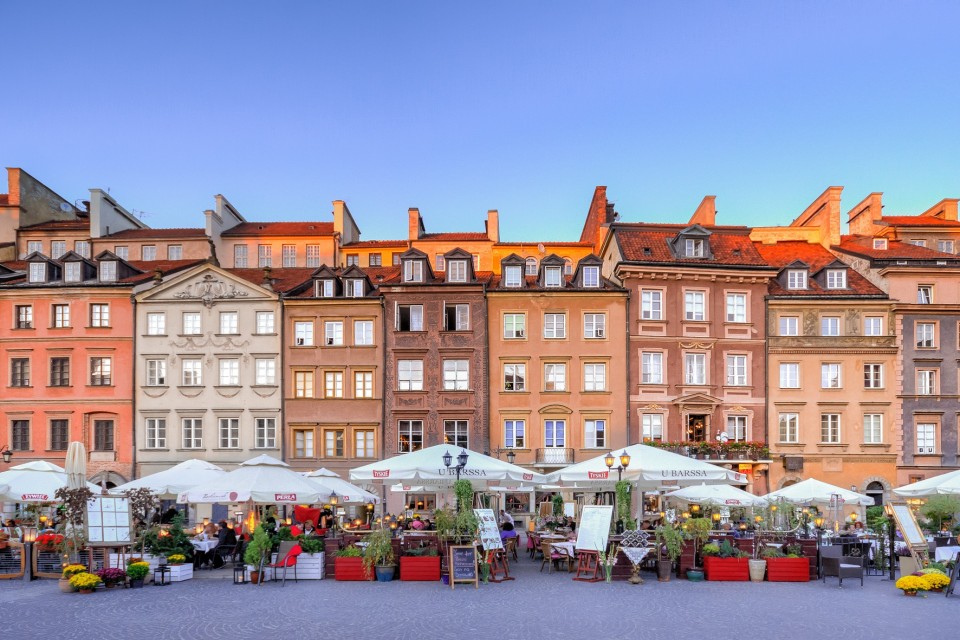 Many foreigners visiting Warsaw find it hard to believe that the city which was so heavily devastated during the war now – after 70 years – enjoys such a glamorous and glorious existence. It is not a coincidence that Warsaw is often called the Phoenix. Likewise, it is no coincidence that Daniel Libeskind designed Złota 44 the way he did. Both the architecture of the capital and the form of Złota 44 are rooted in the tragic history of the city.

Several weeks ago, the captain of the Polish national football team, one of the best footballers in the world – Robert Lewandowski – purchased an apartment at ZŁOTA 44. The Bayern Munich player has been investing for years, focusing on start-ups and properties. His decisions have always been supported by experts,  so little wonder that Robert Lewandowski’s attention has been drawn to the apartments in the high-rise building designed by Daniel Libeskind. We encourage you to read the interview with the captain of the Polish national team, in which he speaks about Warsaw, the unique investments and obviously about ZŁOTA 44. 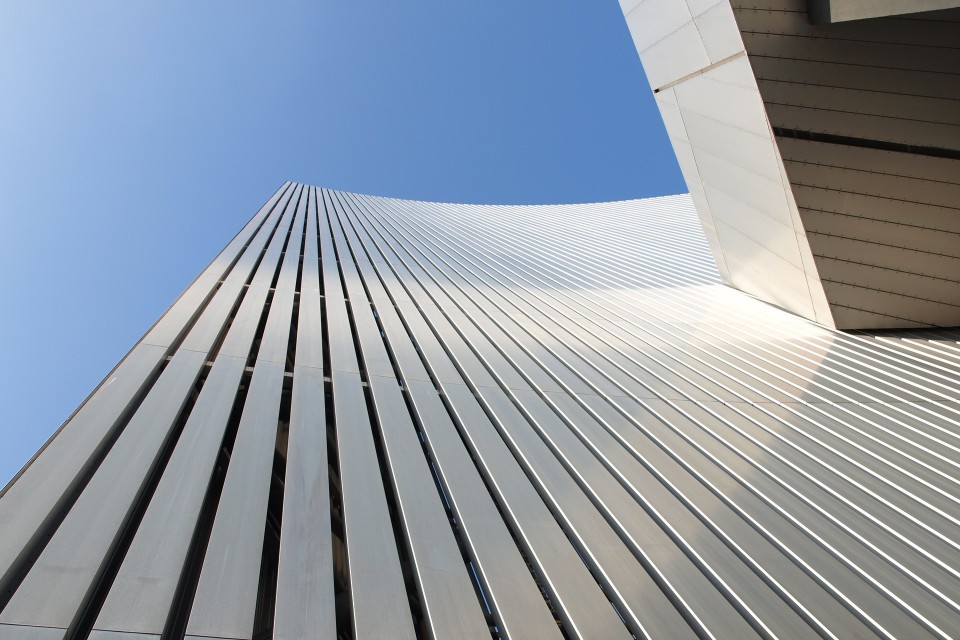 “I like frames cut. Certain forms speak to me. I have a certain language of communication. I lean toward forms that lead to a point and that try to make a point” – these are the words of none other than Daniel Libeskind. His projects are clear testament to those words as they are meaningful, recognisable and make a point. Among the outstanding examples of buildings created by Studio Libeskind are such conspicuous projects as the Jewish Museum in Berlin, Imperial War Museum in Manchester, World Trade Center master plan and last but not least ZŁOTA 44. It is worth having a look at selected projects that are still under way and are expected to be completed in the upcoming years. 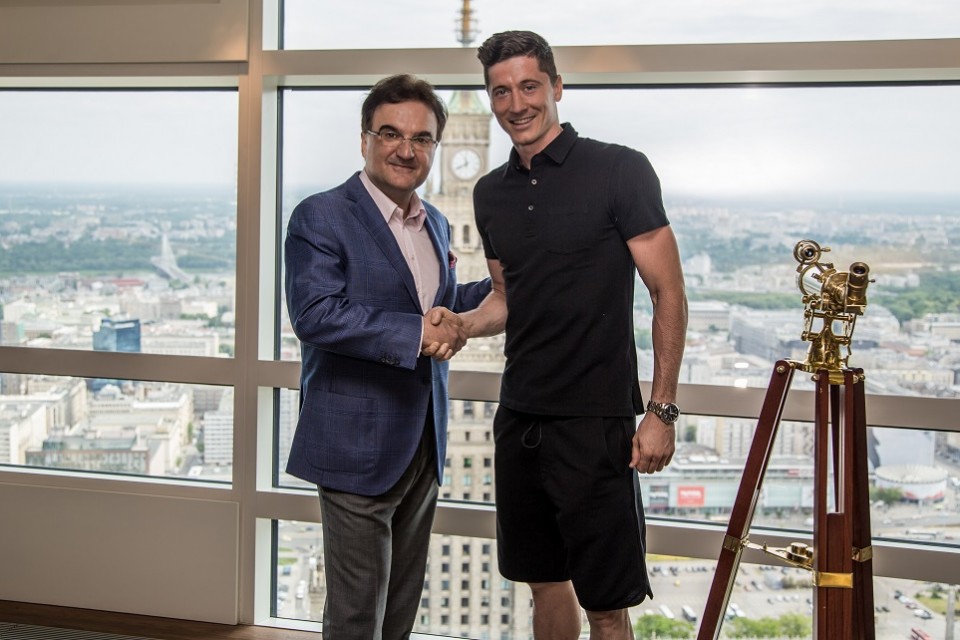 Benjamin Franklin said that an investment in knowledge pays the best interest. Surely, Robert Lewandowski must be well-aware of this because – as he says – he tries to learn as much as he can about the world of business, expands his knowledge about investment trends and consults his investments with experts. One of his latest business decisions was to buy an apartment in the residential tower at ZŁOTA 44. 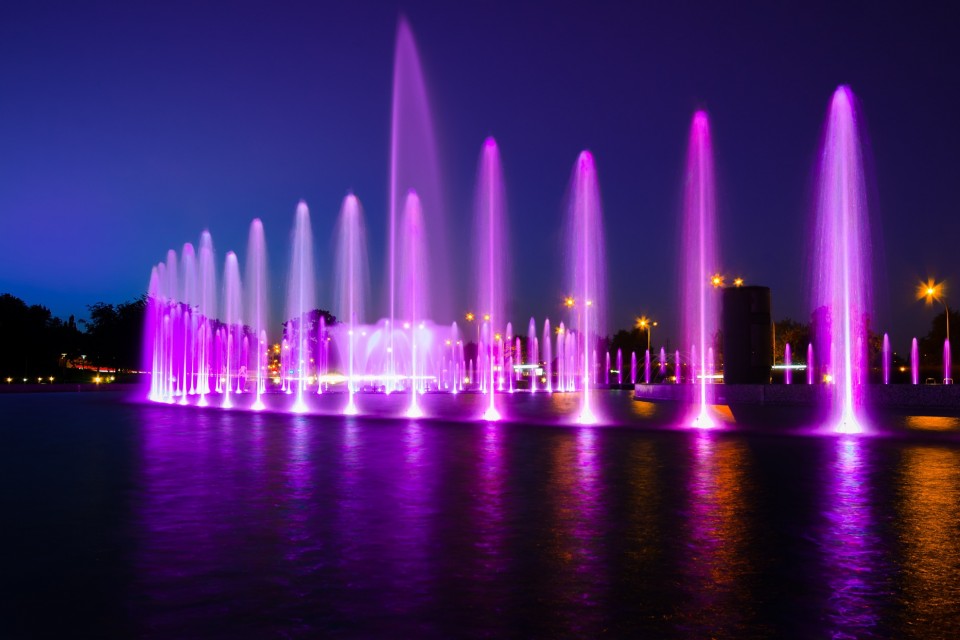 Although – as Polish poet Juliusz Słowacki said – there is sun is in every man, nearly everyone longs to see a bright sun in the sky. Summer days tend to connote leisure outside the city, but Varsovians increasingly often find that summer in the city may be appealing as well.